TIME TO SET SAIL. BUT FIRST … 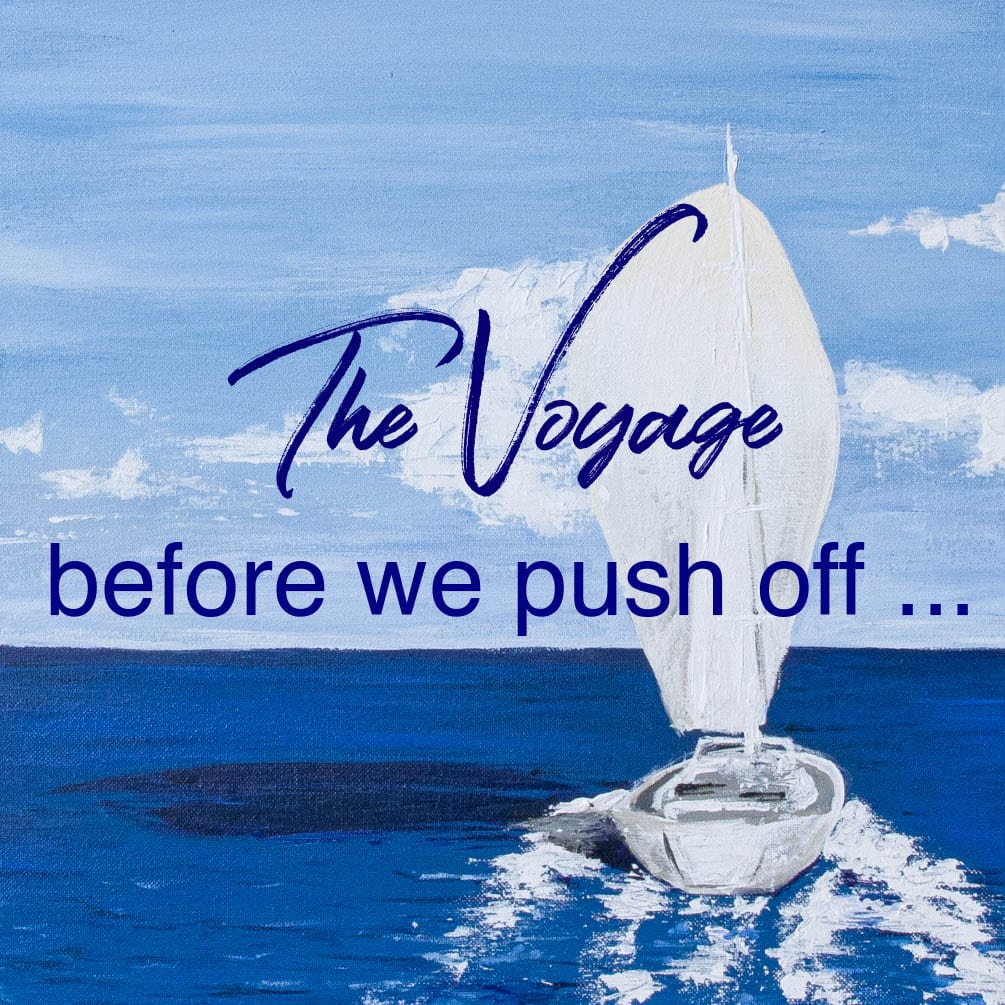 Welcome aboard. All hands are on deck and at the ready. But before we push off I’d like to raise the virtual glass and say a toast. Because I have a LOT of people to thank.

Four months ago, when I decided to release the album on my birthday, that sounded like a fun idea. Plus, it seemed a long way away. I knew there was a lot to do, but there was plenty of time. Little did I know. Literally. Once the music was in the can, I discovered that I knew hardly anything about releasing a record, which is being generous.

Or put another way, this would not be happening without boatloads of help … and patience.

Obviously, thanking my wife for her endless support and encouragement is the only place to start. But it goes much deeper than that. This has come at a great cost to her. Marth is a “people person” who lives to be with the people she loves. Being with her kids and grandkids is like air to her. So, isolation has been hard. Without a doubt, the demands on my time, and the preoccupation of my mind, has made her last several months exponentially harder. I have a career which keeps me very busy during the day. Meaning she has spent many evenings and weekends alone while I built a website, researched music publishing and distribution, fonts, and shipping rates, and such. So, while I’m truly excited that September 30 marks the launch of my Maiden Voyage, I’m even more excited that our relationship can take front and center stage again.

You know how kids like to help moms and dads keep up with the times? I often joke that I haven’t picked out any of my own clothes in 30 years. My daughter recently picked out every stitch of clothing for my photo shoot. And I love it. We’ve always had fun with it, and are all very much a part of each other’s lives.

One day I decided that I was going to form an advisory board. Here’s the email I sent to the whole gang: you have all been invited to be members of my steering committee/advisory board. I have accepted the invitation on each of your behalves. Thank you very much 🙂

The first project was the album cover – and they jumped right in. Naturally, they panned my first effort. So, we had long group emails with votes on different art, designs, and fonts. My daughter Kayla painted the cover and will sign and number a limited-edition poster made from it. My new daughter-in-law, Kacie, took the photography. They’ve given me feedback on lyrics, that they served as inspiration for.

Our most recent project has been apparel and merch designs for the on-line store. Here’s the way that went. I threw out a t shirt idea that was deservedly rejected. It was bad and I kind of expected it, but … still. Ouch. So, I dove in with a bit more gusto. I researched and watched videos, upped my game with Photoshop, and presented some ideas that everyone agreed were better. Yet came with this bit of advice: “keep trying”. Fortunately, for this particular child’s future, that suggestion came with a proposed design. Everyone loved it, and I have developed a collection of apparel and merch with it. Between 2 of my kids, every single item in my store will have been designed by them. That makes me pretty happy.

As for the music, it all starts with Luke. I could go on and on about his talent, but you can hear that for yourself. I’m not sure if I can explain this, but I’m going to try. Luke is a pro. And I’m not. Luke is so gracious, that he’d probably never admit how frustrating I surely was to work with at times. The problem is that I knew what I was hearing in my mind, and where I wanted something to go, but my efforts to describe what I was thinking were often amateurish, at best. Pros work quickly. Amateurs not so much. I’d call and leave a message that I’d need a “minute”. Marth would cringe because she knew better. So did Luke, but he’d still call me back!

I hope by now that I’ve made it clear that Luke is my main man. There is no one this planet that I’d rather make music with.

Plus … he hung with me for 5 years putting this project together. I can’t imagine another Nashville studio being willing to do that. And the good news is that he’s willing to do it again!  But I’ve promised it won’t take another 5 years.

Talk about a great bunch of people. When I joined this community in February, my greatest fear was that somebody would ask me what I planned to do with my music. Because the answer would have been “nothing”. At that time, the project was in its fifth year and far, far from completion. And there was no real reason to believe that was going to change.

If you can conjure up the image of an exhausted runner being picked up and dragged to the finish line – that was me, and them.  I was certain that my music would mean nothing to anyone besides maybe Marth. Their encouragement helped me think differently. They gave me very helpful and constructive critiques that made my music better. I hope they know there are very specific things on the record that sound like they do because of their input. And I know that there are members that are nearly as excited about this record as I am. Which is pretty cool, if you ask me.

A lot of musicians will tell you that they make music without any expectation that people will listen to it. And that’s true. On one level. But it’s also true that people enjoying your music makes it all worthwhile. A couple of years ago, I saw one of my favorite musicians in concert. He played two chords of one his biggest songs and the crowd immediately cheered and started singing. I thought what an amazing feeling that must have been for him, to experience that kind of response to something he had written. Trust me, I genuinely have no expectations, but at the same time, the thought that you have any interest in my music – at all – is an awesome feeling and I thank you.

Vacation, for a start! Then I have some things I want to do with this record. A video, maybe two. I have some new merch ideas that will be coming out. Basically, I just want to enjoy this for a while!

Luke and I will get our heads together and start working on the next record before long. I already have 14 songs in various stages – several already recorded with some of the great players on this one. We’re kicking some ideas around. Somewhere in there, I’d like to re-do a few Christmas songs. We’ll see.

And I’m definitely going to keep blogging! I still have some people to introduce to you!

Thanks again. And cheers!

Perhaps a little something to dance to might be in order!