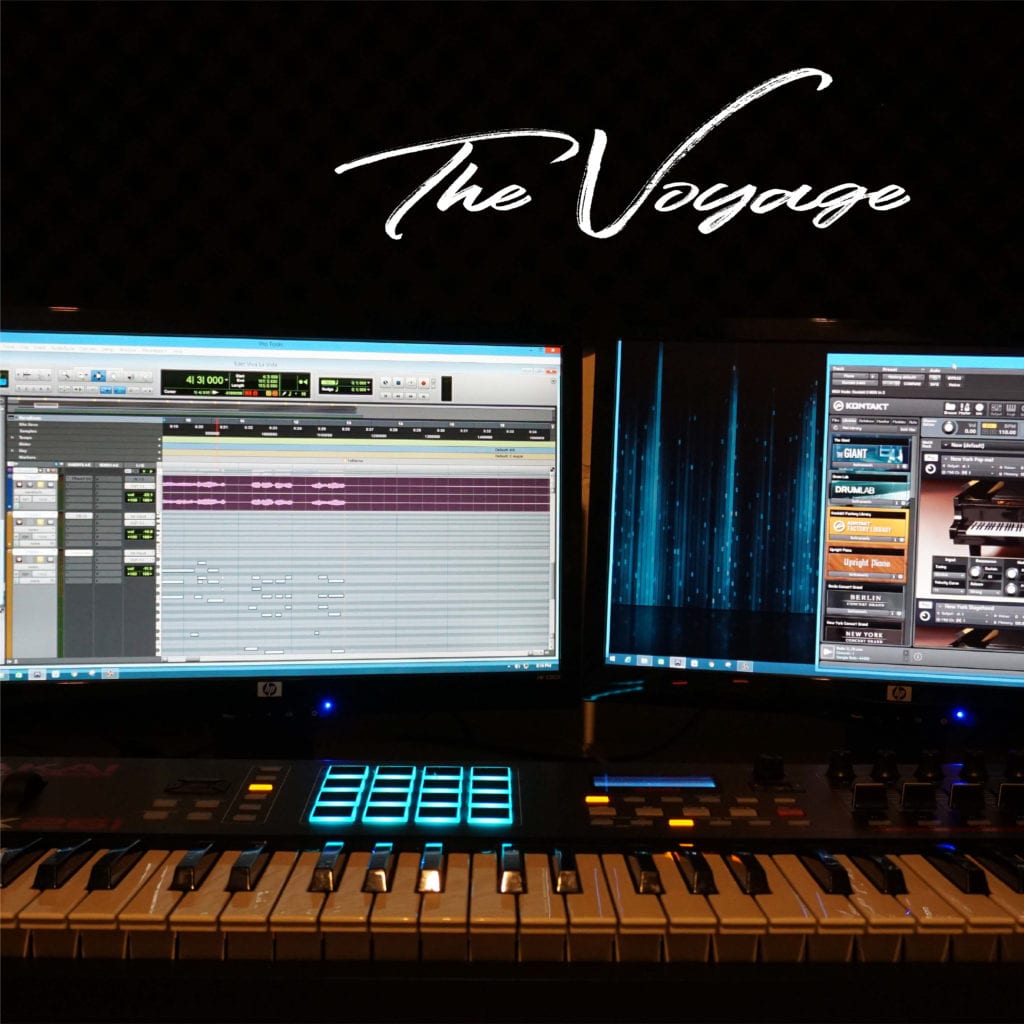 Interested in having input into directional decisions on a song for the next record? If so, read on! If not, hopefully this will be interesting, nonetheless.

On one level, writing a song is really an ongoing series of decisions. I have a song I’m working on right now and I thought maybe it’d be fun to have you folks get involved in the process. I’ll post the first task/decision next week, but first I thought perhaps a preliminary, introductory look into what the process looks like (or sounds like, technically) might be helpful.

Thinking about songs for the next record really starts with breaking down the song list of the last album – Maiden Voyage. What did I like? Or not like? What did listeners like? Or not like? Did I do anything in particular that I’d like to build on? Anything I didn’t do, that I’d like to do next time? What should I do differently? We’ll consider all of those questions when we dive into our first decision next week.

Hearing what isn’t there

One of the biggest challenges of songwriting is what I describe as “hearing what isn’t there”. When listening to a song (or an idea for a song) in the embryonic stage, we must realize that there is a LOT that “isn’t there” yet. I won’t be asking for you to listen for what “should” be there. But I’m guessing that most people haven’t heard many songs in the very first stages, and I want you know what you’re listening to, and for. It will be like looking at pencil sketches and being asked about your favorite colors, if you will.

To help you understand what I’m talking about, I thought I’d step you through my process, using The Dream as an example.

I met a really good contemporary jazz guitarist from LA when I was just starting the project. He was very interested in it, and from listening to his song portfolio I knew that The Dream was right in his wheelhouse. At that point, the song only had my keys, a key-bass line, and a drum loop. Here is what I sent him. You don’t need to listen to it all, but you’ll get the idea. He didn’t “hear” any potential in the song and passed.

I then sent the exact same track to Luke DeJaynes and, fortunately, he did “hear” it. The drums he laid down set the foundation for everything that followed. Here is the very first, unmixed version I could find that included the drums, bass, sax … and the guitar that Adam Hawley could “hear” that the other guitarist couldn’t.

As I mentioned, “hearing what isn’t there” is challenge – even to pros. I often think of the story of Richard Marx and his first demo record, which was repeatedly rejected. Here’s an excerpt from encyclopedia.com: Marx had the discouraging experience of having a friend who was a music producer tell him: “You’re never going to get a record. You’re not an artist.”  Despite this judgment, and the fact that he “was turned down by every record company at least three times,”  the young singer-songwriter kept trying. Finally, in 1986, Marx was signed by Manhattan Records after an audition with the president of the company.

That record went triple-platinum. The point is that pros get it wrong, even when listening to a finished product. And what you’ll be listening to will be far from finished. I simply intend to give you a close-up look at the songwriting process and I want everyone to be braced for what unfinished work sounds like. I mean really unfinished. More accurately, I guess I’m asking you to withhold judgment until we’re done!! You will be hearing ideas even more undeveloped than what’s above. But my hope is that they are ultimately developed even better than what we accomplished on Maiden Voyage.

Ready to give it a try?

So, here’s what’s up for next week (and why I even thought of this). I have the beginning of a song that I think has some potential. But I “hear” three distinctly different versions/vibes/grooves for it. I like them all and legitimately can’t make up my mind. I’ll have snippets of each for you to listen to, along with my thinking for each, and I’m simply going to ask for votes.